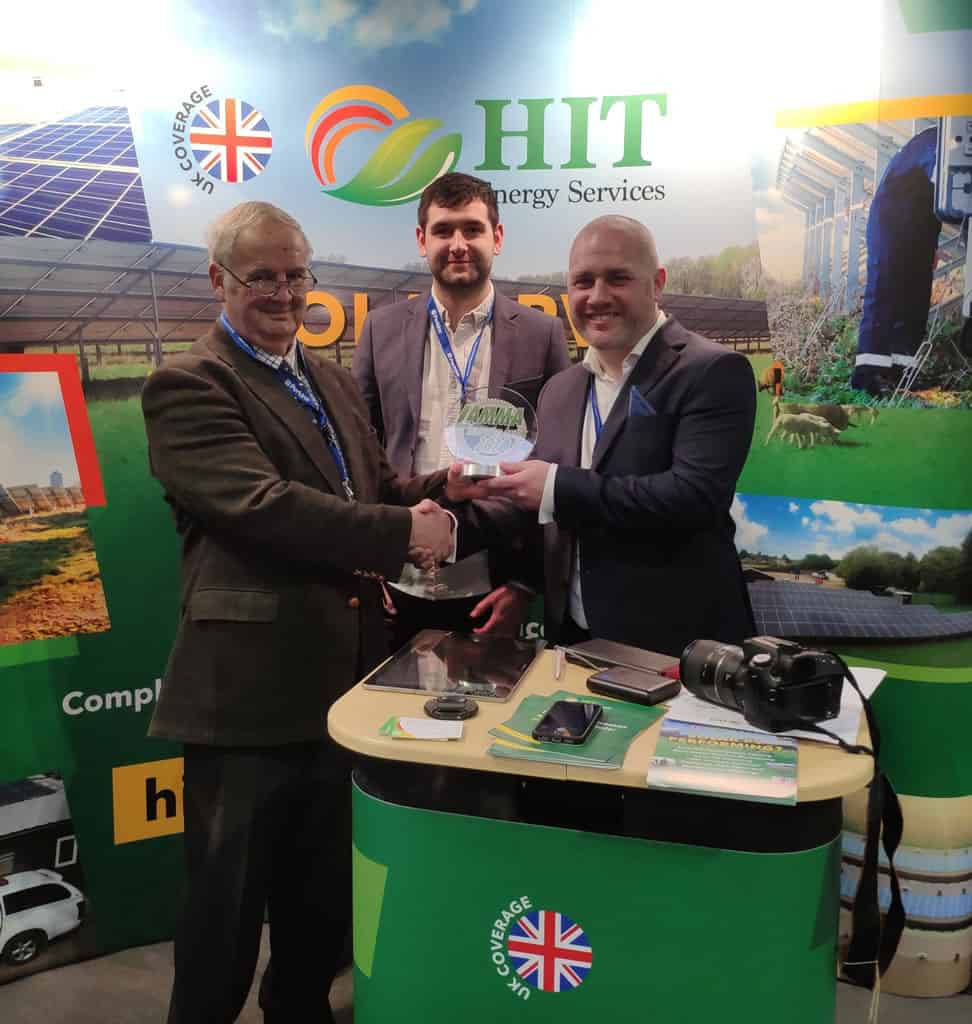 Solar PV sites we look after generates GWh’s of energy a year – that’s enough to power about 2,500 homes.

And not only that, this clean, green method of producing electricity saves 2.5 kilotons of C02 from being emitted by less environmentally-friendly ways of creating power.

To put this into perspective, our sites offset the emissions created by 416 cars and through making 50 new homes.

And to give a scale of our network, Leicestershire council has unveiled plans to build a £7.6m solar farm, which will produce a similar amount of energy – 10MW a year.

As well as bringing in £400,000 a year, it would have the capability of powering 2,500 homes or half of all council-operated buildings and streetlights in the area.

There are more than 100 sites HIT Energy Services monitor in England, Scotland and Wales that have tens of thousands of panels between them.

“This is just the tip of the iceberg,” said HIT Energy Services’ Simon Hopkins.

“The main challenge is getting the word out there – the more people that know about our service, the more we can help save money and our network will keep growing.”

HIT Energy Services’ pioneering technology is able to determine how much power each system should be generating, fixing any issues and monitoring it to ensure it keeps on producing as much as possible.

Our coverage area is increasing all the time, with the past year seeing many more businesses, landowners, farmers and organisations joining up.

This, in part, has been down to linking up with agricultural co-operatives around the UK, which has allowed us to offer free Solar PV health checks and our services to a wider range of people who may need our help.

Further exposure has been achieved after a number of prestigious accolades came our way – including innovation of the year at the prestigious Lincolnshire Businesses Awards, where we beat companies who had spent up to £4m on their products.

At the Lincolnshire Technology and Innovation Awards earlier in the year, the team won innovation product of the year and highly commended for innovation in sustainability.

The technology also scooped a silver award for online innovation at Lamma – the UK’s biggest agricultural show at the NEC in Birmingham.

Simon added: “This is just the start, there are still thousands of farmers and landowners who are losing money because their solar technology is underperforming or has a small problem.

“We want to reach as many as possible and let them know we can save them lots of money and help them generate as much green energy as possible.”

Simon’s expertise has also seen him called to give talks on the technology – including at Energy Now in Telford, where he discussed the potential to optimise existing Solar PV assets.

The sector has a bright future and HIT Energy Services will play a key role in shaping this.